Exciting news! I’m a new monthly columnist for the excellent Songwriting Magazine. First feature is dealing with writer’s block What do you songwriters out there do to rediscover your musical muse? would love to hear your thoughts. I absolutely love writing about music and songwriting and there will be lots more features to come!

Now available to listen again: My interview on Texas radio show ‘The Blend’ plus lots of my songs featured! Many thanks to Gary for his huge support. Click this link

Free download! My vocals are on this brand new excellent remix of Bastille’s ‘Pompeii’by Snapd!

Was very exciting to hear my music on the big screen at the premiere of ‘Q to the 6 Train’ recently in Manhattan!

Check out this brand new interview/feature in this very cool new US magazine! I discuss, among other things, my love of The Smiths and dream collaborations 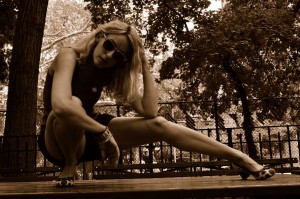 Always love this time of year and been keeping very busy and creative here in Manhattan. Been to some some really cool and inspiring music and film events including the launch of the Tribeca Film Festival which debuted the new Cameron Crowe documentary film ‘The Union’ (this was then followed by a live solo appearance by Sir Elton John himself who started the set with two perennial favourites and classics ‘Tiny Dancer’ and a song I’ve been to known to perform ‘Rocket Man’). Also saw The Swell Season Movie and was moved all over again by the heartfelt and passionate music of Glen Hansard and Markéta Irglov.

Last night was at a taping of VH1’s ‘Storytellers’ with Ray LaMontagne. Amazing sound, great band and highlights included a really cool version of one of my favourite Neil Young’s classics ‘Out on the weekend’. There’s just so much to inspire you here!

More news and videos to come, in the meantime check out a cool interview and feature in the May edition of ‘VoluME’ magazine all about live album ‘Lisa Redford Live’. Direct link is here
just scroll down a little bit!