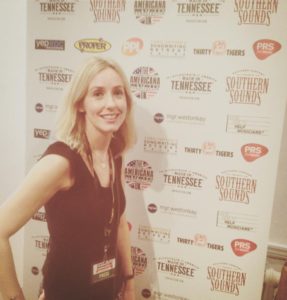 I enjoyed a really inspiring time at this year’s AmericanaFestUK, two days organised by the AMA-UK celebrating Americana music, a genre that is currently thriving and continually gaining more widespread acceptance here in the UK including coverage in the national papers. The second UK Americana Awards ceremony hosted by Bob Harris featured an array of wonderful performances reflecting the eclectic nature of the music. Appearances by Van Morrison, who was presented with the award for Best Selling UK Americana album of 2016 with ‘Keep Me Singing’ and Lifetime Achievement Award recipient Richard Thompson, who also performed, is testament to how hard the AMA-UK have worked to bring Americana into the forefront of roots music.

At the conference this year the focus was on the live side of the industry and those involved with touring and promotion. 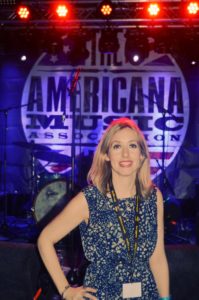 At the after show party where Sam Outlaw played an excellent set of 80s/90s Country Hits Revue.

They all discussed the challenges of promoting their festivals, how they focused audiences and also helped up and coming bands. Paul Spencer, founder of Maverick Festival set in Easton Farm Estate, Suffolk, was the first to shine a light on the genre and be an Americana specific festival. I’ve been to Maverick many times, and also when the AMA-UK Conference used to happen right before the festival in July, and it’s a really lovely festival with a relaxed atmosphere and beautiful setting. Paul told us the addtion of the buskers stage can lead to an official slot at the festival and last year he also provided other opportunites such as Noshville Americana Festival, a two day free festival in King’s Cross in association with the AMA-UK who suggested member artists to perform.

John Cleere from Kilkenny Roots in Ireland interestingly revealed how the festival has changed its name and that having Americana in the title can be a possible curse, even now after becoming an accepted genre it can cause journalists to not know how to describe it. Tamsin Austin, Performance Programme Manager at the Sage, Gateshead and who programmes SummeTyne Americana says the festival was borne out of the Jumpin’ Hot Club, a venue in Newcastle promoting blues, country, and roots music and who I played a concert for supporting Chuck Prophet. You can really feel how it has been a labour of love for her, and this was also clear with all of the organisers. She admitted it had been tough at times and that it’s a continual challenge striking the balance of putting on the commercial headline artists with the lesser known. SummerTyne also provides two free stages to showcase UK up and coming artists.

Andy Shearer from Southern Fried Festival, based in Perth Concert Hall and venues across the city, says the Americana term can be narrow and that the core audience at the festival are not really that aware of it, they just get into it organically and so Southern Fried is promoted as covering a wide range of musical styles including country, blues, bluegrass, gospel, soul, songwriters and alt.country. They all acknowledged the huge support of the AMA-UK and how it had done a lot of work to improve the infrastructure and also how building good relationships with agents such as Bob Paterson Agency and Paul Fenn Asgard is crucial in keeping the all important live scene thriving. 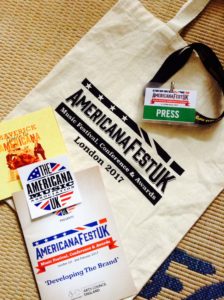 At this year’s conference the second day started with a songwriting workshop and a fantastic opportunity for 10 artists to play their songs to a panel of successful songwriters: twice Grammy nominated Beth Nielson Chapman who has had numerous songs recorded by country and pop performers, celebrated writer, 10CC’s Graham Gouldman, Angaleena Presley, a member of female country trio Pistol Annies, and Glen Phillips, songwriter of 1990s alternative rock group Toad the Wet Sprocket.

Artists including Jess Morgan, who played a captivating acoustic showcase the night before featuring songs from her latest album ‘Edison Gloriette’ and Megan O’Neill whose band Common Threads will be releasing their debut EP ‘Stories to Tell’ in February 2017, played their impressive material to the panel who provided some excellent and constructive song critiques suggesting edits, key changes and advice on song structure. Megan says of the experience, “Performing my song for the panel at the AMA UK songwriter’s showcase was terrifying, exhilarating and incredibly informative. Such an amazing opportunity and I feel so honoured to have taken part.”

Beth, who is in demand as songwriting teacher and also hosted ‘Back to Beth’s’ a lovely intimate house concert as part of Bob Harris’s ‘My Nashville’ documentary on BBC4, had some real gems of advice, such as ensuring every lyric has weight and purpose. She also suggested regularly stretching the songwriting muscle and trying techniques like taking a classic song such as ‘Yesterday’ and writing three new verses to it.

Angaleena felt more concerned with if a song moves her, If it moves people it doesn’t matter if it makes sense. She didn’t understand some lyrics on ‘Heartbreaker’ Ryan Adams’ acclaimed debut album but that didn’t diminish its emotional impact on her. Beth agreed, saying she adores the Paul Simon lyric ‘Diamonds on the Soles of her Shoes’ but has never discovered what it means.

The Q&A was also fascinating, giving insights into how the songwriters on the panel have dealt with their success. Beth said her songs were not cut straight away and she felt overwhelmed after having her first hit. Graham has enjoyed success for a long time, he was only 19 when he wrote The Yardbirds ‘For Your Love’. Glen was also signed young and it’s interesting that the parts he rejected in certain songs were the most successful ones, he felt it was about dumbing down and making material universal. Angaleena says she felt successful after she wrote her first song that had a real emotional impact

They also discussed their writing routine. Beth emphasised the importance of showing up and being open to that creative flow, making time for it and writing anyway. For Graham, the act of taking his guitar out feels like going to work and he shared an inspirational Picasso quote ‘inspiration exists but it has to find you working’. He also said he now really enjoys co-writing, how it keeps you on edge and that another writer will listen to something you may have disregarded.

Glen recommended ‘The War of Art’ a book that really gives him motivation. He also reiterated the importance of showing up and said a co-writer can see through gems and ideas you may have overlooked. Angaleena keeps a notebook at all times for when inspiration strikes as little nuggets can easily slip away. Keep your heart and eyes open so you can receive messages and it’s essential to record your melodies straight away. 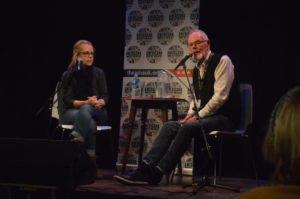 Further inspiration came next with Bob Harris in conversation with acclaimed songwriter, five times Grammy Award winner Mary Chapin Carpenter. She talked about starting her career in Washington with the likes of Roseanne Cash, who she still tours with and reveres. They also discussed how, being the daughter of Johnny Cash, she provides the link in a chain, and told a lovely story of how Johnny wrote a list for Roseanne, essential songs that she should know, and her release ‘The River and the Thread’ was the result, where she revisited and explored her heritage and embraced the roots of US music. 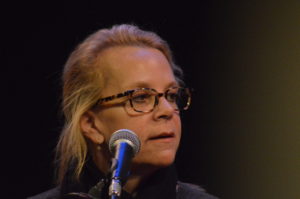 They discussed the term Americana which Mary felt is a broader term helpful for those who don’t easily fit into boxes and Bob recounted another great songwriter, Mary Gauthier’s theory that you have to go through a lot to get to simple. Mary talked of her songwriting process and how she edits herself and makes every word count. The moving conversation touched on grief and loss and how 2012‘s ‘Ashes and Roses’ was all about that. Mary acknowledged the healing power of music, how it makes you feel you’re not alone and how cathartic it is to write about what you’re going through. Mary is a sole writer and they discussed how Americana does seem more solitary as a writing process. As a songwriter I’ve always been drawn to how it has a more organic sound and provides a real narrative and heart within its songwriting.

With a rapidly growing membership and the introduction of The Official Americana Chart, which the US have now followed, it’s a really exciting time for the AMA-UK. Now five years old, it’s providing a strong network and real sense of community amongst those who are passionate about the music. As Clubhouse Records, an independent label with an impressive roster of excellent Americana artists stated, the “networking was a key part of the whole event and it was great to meet so many like minded people.” Here’s to next year! 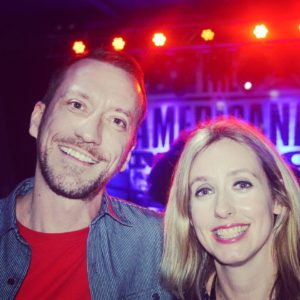