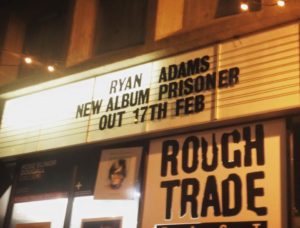 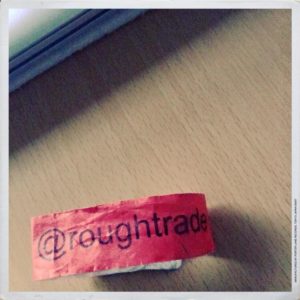 I distinctly recall the first time I heard Ryan Adam’s music. Thanks to the excellent monthly Uncut compilation CD’s his track ‘Oh My Sweet Carolina’ was included on one of them and I was instantly struck by the beauty and longing of this evocative wistful ballad. With a beautiful melody and emotive lyrics plus Emmylou Harris’s tender harmony vocal and soft piano by Wilco’s Pat Sansone, this was clearly an outstanding songwriter. Listening to the raw emotion and honesty of stunning debut studio album ‘Heartbreaker’ whilst driving through Ryan’s home state of North Carolina cemented that this was an artist whose music I couldn’t help but fall in love with.

Since then I’ve followed his career avidly and continued to be inspired and moved by his music. His own unwavering love for music and passion for writing his innermost feelings instills huge devotion in fans and upcoming album, Prisoner in particular comes from an incredibly real and dark place. In Ryan’s own words to preview the record, “It broke my soul in a zillion pieces writing this. This record mattered more to me than any record before it, and my life depended on making it. I would have died inside if I hadn’t. I was broken. I don’t know what it is. But I know I had to write it and I know I have to sing these songs so I can live and keep living and breathing. It’s all I know how to do. It’s who I am.”

Last week I was among a very lucky crowd getting to see Ryan playing a special acoustic set of these very personal new songs at Rough Trade East.  Having seen him perform solo before at New York’s Carnegie Hall in 2011, I knew we were in for a treat. He thrilled the intimate crowd with songs not only from ‘Prisoner’, released February 17th on Pax Am/Blue Note, but also tracks not on the release. Opening with the anthemic first single ‘Do You Still Love Me?’ even acoustic the song retains an immediacy as on the album’s band version, Ryan’s voice showing its raw side with the imploring ‘Do you still love me, babe’. The track and the rest of the album reveal an 80’s rock influence, echoes of ACDC plus Bruce Springsteen and Tom Petty’s heartland rock, as well as the classic sound explored on his acclaimed 2014 self titled album.

‘Doomsday’ followed and this is already a favourite, bringing to mind the timeless folk Americana sound of 2001‘s ‘Gold‘ with a melodic harmonic riff and lyrics that are romantic and heartfelt ‘I could wait 1,000 years my love, I’d wait for you. I could stand in just one place my love and never move.’

Throughout the show Ryan clearly seemed to be having fun and was full of self deprecating humour, joking that it was going to ‘fun’ touring these new songs, referencing their internal emotional content. His voice was on fine form, at once pure and tender and then raw and impassioned. Each song drew me in, highlights included ‘Breakdown’ with it’s great guitar riff and ‘Outbound Train’ with its ‘I was so bored I was so sure’ refrain. It’s evident Ryan is comfortable being more vulnerable and free as ever on the new material, in his words to ‘try and extract some truth from the narrow of whatever is around me.’ Even songs omitted from ‘Prisoner’, ‘Still a Cage’ and ‘Was I Wrong’ (introduced as his ‘passive-aggressive’ song) are strong and carry on this confessional emotional style. 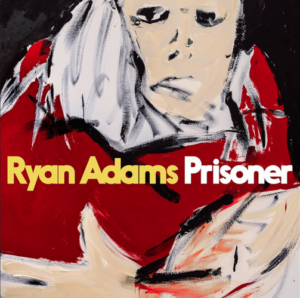 A real highlight for me from ‘Prisoner’ is the tender second single ‘To Be Without You’ which already feels to me like one of his timeless heartache classics with its lyrics of lost love:

‘We are like a book and every page is so torn
Nothing really matters anymore
It’s so hard to be without you
Everyday I find another little thread of silver
Waiting for me when I wake some place on the pillow
And then I see the empty space beside me and remember.’

So effortlessly and succinctly he describes the pain and helplessness of losing somebody and the accompanying longing, and this, he told the NME, is a major theme of ‘Prisoner’  “I think the theme of this record is that we’re all prisoners of some desires, in that the very things we love are the things that hold us hostage and keep us trapped.”

We were also rewarded with other songs from his extensive catalogue including fan favourite ‘Rats in the Wall’ from EP ‘1984‘.  Evoking mid ‘80‘s hardcore punk with its repeating ‘Rats in the wall/ I can hear ’em crawl’ it reveals his willingness to wear his inspirations and experiment with different styles. To treat us even further he closed with a Whiskeytown classic, ’16 Days’ and a very moving cover of Springsteen’s ‘Streets of Philadelphia’ which sounded uniquely Ryan. Leaving to rapturous applause he was obviously bouyed by the intimate setting, doing solo acoustic sets later in the week at Manchester’s Soup Kitchen and London’s Treadwell Books.

As Ryan said earlier in the week during his session for BBC 6 Music he hopes his music provides a map for those who may be lost. On a freezing cold night he warmed the hearts and souls of all there, he can come and sing about his ‘feelings’ anytime. With a tour and many festival appearances coming up, 2017 is going to be a glorious year for Ryan fans.

My acoustic cover of ‘To be Without You’: