“the songwriting competition to take note of..” New York Times.

Exciting news! Just been informed I’m a semi-finalist in the International Songwriting Competition 2017 for “Trust” performed by Breeze Redwine! They received more than 16,000 entries. Such a thrill as a songwriter to have material recognised. I was also a semi-finalist last year. https://songwritingcompetition.com/winners

After my support to Sarah Darling, I will be performing at the Deepdale Hygge Festival – a lovely celebration of the North Norfolk coast on March 25th. Here are the full details and a link to the festival 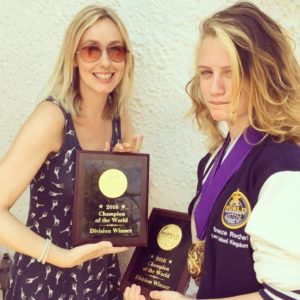 Some exciting news ~ my incredibly talented student Breeze  has just returned from LA where she won many awards at the World Championships of Performing Arts, an international performing arts talent competition in Hollywood!

Among her many awards, Breeze won 4 Gold, 2 Silver and Overall Champion twice.  She also won an Industry Award, meaning she is most likely to make it in the music industry.

I’m also really proud that ‘Courage’ her recent debut single that I wrote, won Best Original Song.  As a songwriter, to gain recognition for your songs is the biggest thrill. Courage was also recently played on BBC Introducing so it’s all really exciting that the song is continuing to receive recognition.

I’ve also been continuing to promote ‘Another Place and Time’ which has earned more lovely reviews including from Songwriting Magazine, Outline Magazine and the respected roots singer/songwriter magazine R2 who have described it as ‘classy songwriting and a heartfelt vocal delivery.’

I recently released the second single from it called ‘Remember Me’ which has had airplay on various folk, Americana and country shows including Baylen Leonard’s The Front Porch on Amazing Radio. Here’s an acoustic unplugged version in a very cool music room:

One of my columns, writing to a brief, is also included in the excellent summer issue of Songwriting Magazine which also includes features on The Lumineers, Nerina Pallot, Scott Matthew and tons of tips for musicians. 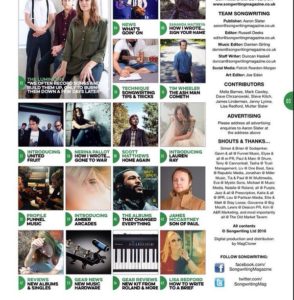 Festival season is in full swing and I started my festival appearances by playing again at Dubs in the Hall festival in the beautiful surroundings of Holt Hall. There’s always a lovely family atmosphere there.

Another festival with a wonderful atmosphere is Latitude which was excellent as always and so much fun on a particularly sultry day and evening. Among the many exciting and eclectic bands I saw, the highlight was seeing one of my favourite bands New Order headline on the Sunday night, my legs were very tired afterwards from dancing!

Upcoming festival appearances include another VW festival, White Noise near Thetford where I’ll be closing the Woodland stage on Sunday 7th August. White Noise is the first VM and music festival established in Norfolk over 13 years ago and is a truly independent festival that celebrates diverse live music and provides many free creative activities for children.

On August 21st I’ll then be playing on the Soapbox Stage at Folk East which is held at the picturesque Suffolk estate of Glemhall Hall.  Described by The Guardian as “one of the best world music, roots and folk festivals in the UK, for 2016” Folk East is in its fifth year and among its usual exceptional headliners in the world of folk and roots is Eliza Carthy who I supported at OPEN last year. I’m really excited to be performing on The SoapBox Stage for the first time as the stage, run by creative producer Amy Wragg, an independent Music & Spoken Word promoter, is renowned for showcasing a mix of new and established artists. 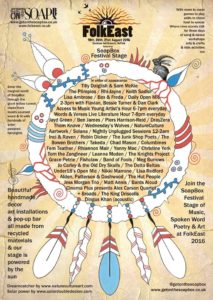