So much fun co-hosting Sunday Introducing radio show at Park Radio. Played many favourite artists and songs including Neil Young, Phoenix, Hem, Boo Hewerdine, Tom McRae, Ryan Adams, Sufjan Stevens and more. Thanks so much to Andrew Cooper for having me join him on the show.

Brand new video! Recording a live session and interview with The Medicine Show at Ramblin’ Roots Revue. Alan Cook on dobro. Thanks to Rob Ellen for having us perform in the moose mobile!

My latest arts column for All Things Norfolk is now online ~ all my latest music news includes Ramblin’ Roots Revue, Whispering Bob TV and Sarah Darling. Plus previews of WOW Norwich and the Norfolk and Norwich Festival.

Next show is this weekend at Blue Joanna from 9pm and on Sunday 17 June am headlining a Sunday Session at Burnham Deepdale. Details here:

Lovely time playing Deepdale Festival at the weekend. Such a friendly relaxed atmosphere and thanks to drummer Terry for joining my set impromptu!

Huge thanks also to Jon Clifton Photography for these great live shots:

Live video from the festival, performing a cover of the Cat Stevens classic ‘First Cut is the Deepest.’

My latest column for All Things Norfolk previews more of my upcoming gigs including Oxjam. 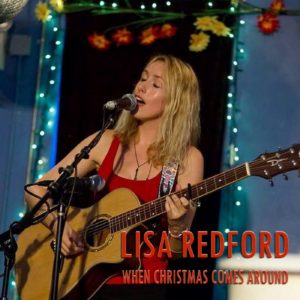 I’ve been working hard lately recording my new acoustic Christmas single myself and it’s out today! ‘When Christmas Comes Around’ is all about spending time with loved ones over the festive period and is available at my Bandcamp.

And here’s a little video:

“If this song isn’t perfect for a cold night in, then nothing is.” Thanks so much to Belles and Gals for featuring the song and also Foz at BBC Radio Suffolk for already giving it some airplay.

Talking of Belles and Gals, who have given me so much support this year. I’m thrilled and surprised to be nominated for Best UK EP at the Belles and Gals Awards. Really lovely for my hard work to be recognised and supported: 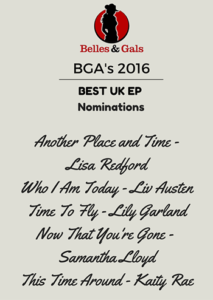 “Lisa’s music is a beautiful blend of the sweetest style of country and the purest sound of folk music”. Thanks so much to Building Our Own Nashville for this amazing review of the EP.

As mentioned last time, I’m honoured to have a track on beautiful charity compilation Postcards For Peace among many wonderful artists including Linda Thompson, Kris DreverPeggy Seeger Boo Hewerdine Hothouse Flowers. Also features ‘Courage’ (piano version) the debut single I wrote for Breeze Redwine. It is officially released next February but you can buy it now from the PFP website and all money will go directly back into the charity. Would make a great Christmas present! So wonderful it managed to raise the funds needed.
26 songs of war and peace, of hope and of love, of living life to the full, of not giving up and of having the courage to face adversity.. 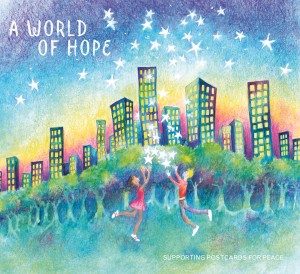 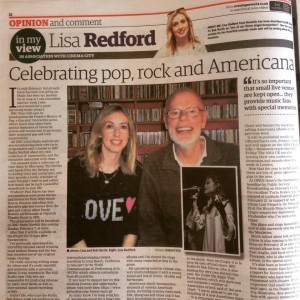 It’s only February but already there has been lots going on! Here’s some words from my latest music column for the Evening News. Last week I was interviewed for a great upcoming music project. BBC4 will soon be broadcasting the People’s History of Pop, a four-part interactive series where music fans share their special memories of favourite artists and venues and in particular their treasured pop and rock memorabilia. All BBC Local Radio stations are also broadcasting their own tie-in programmes and I chatted to BBC Radio Norfolk about my own collection of memorabilia and the memories associated with them.

The programme will be broadcast on BBC Radio Norfolk on Sunday 7th of February at 12 midday. After that it will be available on the iPlayer for 30 days after transmission.

There’s also a BBC website about the project here:

As many of you know I’ve been a big fan of Americana music for a long time, artists such as Ryan Adams, Wilco, Lucinda Williams and many more have inspired my own sound and albums and I’ve shared the stage with many respected artists in the genre. My upcoming acoustic release also very much embraces it with a rootsy sound and lots of dobro, ukulele and harmonies. New live video:

‘Music and the Mountains’ Live at OPEN

Americana music incorporates elements of various American styles, including country, roots-rock, folk, bluegrass and blues and its been flourishing in recent years here in the UK. Now, excitingly it is to have its own official chart. BBC Radio 2’s Bob Harris, who is also hosting his very own festival this May, the Under the Apple Tree Roots festival which will showcase and celebrate a number of Americana artists, said of the new chart: “I am so pleased to see the founding of a new Americana chart. It is important and appropriate that the popularity of this wonderful, vibrant and creative genre is acknowledged in this way.” The Official Americana Albums Chart will feature the top 40 best selling Americana albums of the previous week. It will be published weekly on OfficialCharts.com, Fridays, 5.45pm, and will appear on the AMA UK site at 6pm each Friday. The AMA UK also hosted their own conference, showcases and awards show this week in London.

I’ve previously mentioned my incredibly talented award winning vocal student Breeze and she has just recorded one of my original songs ‘Courage’. I’m really enjoying writing songs for others and it’s really heartfelt and anthemic with a universal theme. It was recorded at The Mill Studio near Diss who are responsible for producing releases by many local bands as well as international signed recording artists. Jonny Cole, who runs the studio, has done a great job working on the song and it will be available online soon. Breeze is also preparing to represent Great Britain at an international singing contest, travelling to Long Beach, California to take part in the World Championships of Performing Arts (WCPA) which attracts contestants from 60 countries. If you want to support her on this amazing journey and opportunity, please read more here 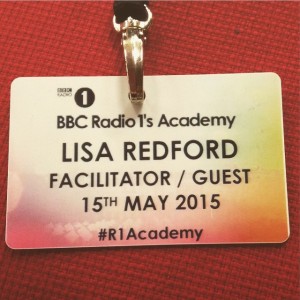 Photos from a fun and inspiring time at Radio 1′s Academy. Had a great afternoon at a songwriting masterclass with Ella Eyre and also met Greg James. Here’s a little blog post about it. 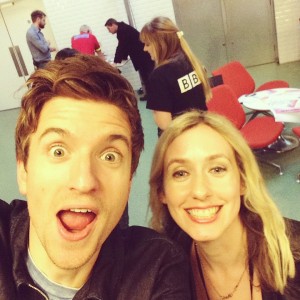 The latest issue of Songwriting Magazine is out now. Includes my regular column, this time advice for musicians on face-to-face networking: 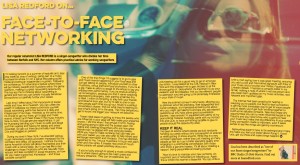 A couple of stills from this week’s music video shoot. Wandering through golden fields in Norfolk. Thanks to Claudia Taveira Photography 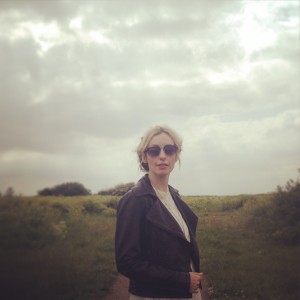 And huge thanks to other big supporters of UK country music W21 Music who recently made me their Artist of the Week!

I love sharing the experience and skills I’ve gained as a performer and if anyone in the area is interested in singing lessons or beginner guitar lessons, please contact me for more information via Facebook at www.facebook.com/lisaredfordmusic or via my e-mail